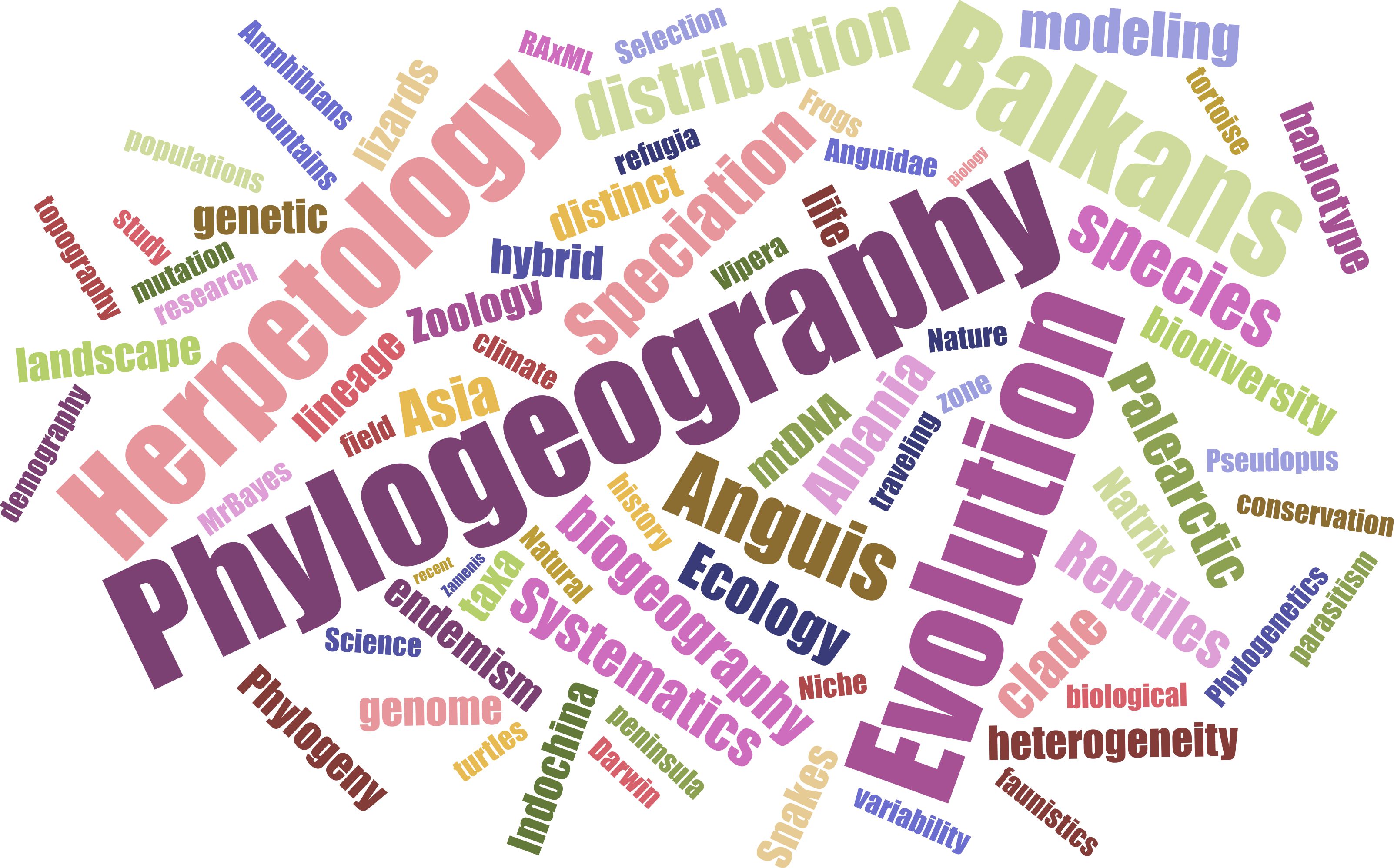 The main focus is the study of herpetofauna in biodiversity hotspots, areas with an exceptionally high ecosystem, species, and genetic diversity. Such regions in Eurasia represent the Balkans, the Middle East, and Central Asia. All of them are major regions of interest.

The Balkans is phylogeographically less studied than Iberia or even the Apennine Peninsula despite it being richer in species and paleoendemics. Phylogeographic studies have shown that the Balkans was not only an important radiation center and the Pleistocene refugium, but it was also the major source of postglacial colonization of Central and Northern Europe. In other words, the current species and genetic diversity of Central European biota would look very different without the Balkans.

The current focus is to identify patterns in the historical biogeography and the evolution of amphibians and reptiles within these regions based on genetic, morphological, ecological, and environmental data, specifically study and resolve:

taxonomy and its importance for conservation purposes

Check out the graduate program in Biology at Comenius University in Bratislava, or contact me at the Department of Zoology.